Tactic 1, Make it difficult for people to be involved

Set things up so that it's hard for interested parties such as the affected public to participate.

These tactics are used to fulfill requirements for public outreach in order to legitimize a process. If attendance is sparse it will be blamed on public apathy, rather than a deliberate effort to exclude public participation. Reject this pretense for public involvement.

Short circuit this tactic by standing up as a group and announcing an immediate press conference that will give the press the real story from the citizens outside of the meeting room or across the street from the building. Then get up and leave as a group.

If this is not immediately possible, let the conveners know that your group will hold its own meeting, protest, and/or press conference the next morning and will continue to inform the media of their non-cooperation on these issues.

This is a well-established tactic that effectively places similar interest groups at odds with one another, when they would otherwise be a formidable collective force. This tactic uses existing tensions and divisions between organizations. Here are a number of variations:

Name this tactic as soon as you recognize it to short circuit its effectiveness. Make sure that everyone understands what interests they share in common, and why it is in their best interest to continue to work together.

The Government in the Sunshine Act legislation was passed by the US Congress to discourage clandestine or private meetings of government bodies or officials for the purposes of excluding general public or interested parties.

Power brokers will often encourage employees and supporters to attend public meetings. They may try to simulate public support for their position on an issue, and to set the tone of the meeting. Sometimes they will use comment or question cards in place of a audience microphone. Their supporters will stack the deck of comment cards with time-wasters, and may continue filling out more cards throughout the meeting to defuse opposition discussion.

Short circuit this by meeting with your neighbors, colleagues, or constituents for a pre-meeting conference to discuss opposition tactics.

Come up with your own list of strategy and critical points, then divide them up among yourselves. Go to the meeting prepared with fact sheets, questions, counter-examples, and comments that support your views. Brainstorm with your colleagues, refine the information, then pass it around the neighborhood, or the target audience for and after the meeting. Call the tactics as you see them occur in the meeting to defuse them. Insist on a fair and open airing of the issues, with everyone's participation.

Tactic 4, Raise the specter of economic hardship
Power brokers often threaten massive layoffs if they have to change a process, or stop polluting, or fix safety problems, or clean up contamination. This is a usually a scare tactic. Offer a counter-example that suggests the possibility of economic benefit:
Tactic 5, Seem to be acting while doing nothing
When faced with an obvious need for change, bureaucrats may try to give the appearance of taking action without actually doing anything. The tactic may sound like this:

Don't accept inconsequential actions, and excuses. Set a reasonable amount of time for genuine action, and then tell everyone that you expect action by that date.

Think twice before joining "study committees or advisory groups" with no real power to do anything about the issue or problem at hand. Think twice about processes run by adversaries, or processes the do not record what happens. Refusal to allow a meeting record is a serious red flag.


Tactic 6, Point out that citizens are not experts

Playing expert is an easy way to belittle, patronize, or confound citizen efforts.

When confronted with this tactic, provide examples of how experts on the issue have screwed up. You don't have to be an expert to ask questions, ask for information, or to have legitimate concerns.

Write notes throughout the meeting, this will help keep you on track.

Bureaucrats hope this tactic will discourage you, and you will go away. So don't give up. The Freedom of Information Act (FOIA) may have to be invoked to get cooperation. You must know what information you need, where to get it, and what to look for. The "Key and Lock" buzzwords and descriptions must be included, or the very information you seek may be withheld from you.

The refusal to give out information may sound like this:

Recognize these tactical phrases meant to put you off the track of the information you need to level the playing field with your opponent, and don't accept lame excuses for non-performance or non-compliance.

To deal with any issue effectively, you need the facts.

As soon as a tactic becomes apparent, label it.
When you name a tactic publicly, it loses its power. You can counter these tactics with a minimum of wasted effort by keeping the lines of communication open with your colleagues and similar interest organizations.

Stay calm and carry on
Don't let them label you a troublemaker, or as someone with emotional or personal problems. Don't let them dismiss legitimate concerns because you don't have "x" number of constituents behind you. Stay calm, and don't give them the reaction they want. Any public-minded person might become angry or frustrated over the tactics of bureaucracies and corporations. But remember, 70% of communication is non-verbal. Don't assist the power brokers by appearing to be a radical or a hot head.

Make your issue and your adversary at the object of intense study. Never stop questioning your previous conclusions about them. Get all the information you can and keep on getting it. Put this information to productive and meaningful use, then network it around.

Never relax after a victory.
Don't underestimate the power of determination. Eventually the forces of darkness will give in.

Renew your outreach regularly.
Have current concerns and information prepared and ready to distribute at every opportunity. Use their meetings for opportunities to pass out your own targeted information. Use several people to see that all attendees end up with copies of your information.

Be observant of interactions and tactics, and who may be calling the shots behind the scenes.
Recognize that although individuals make up the bureaucracy, they should not be the targets of your efforts. Determine where strategic counter-tactics would be the most effective. A good motto to keep in mind: Always start at the top.

Editor's note: Do not assume bureaucrats are adversaries.
Government officials usually have a public interest orientation. If they seem uncooperative, this could be the result of their political masters. If they seem jaded, this could come from constant attacks by citizens who (in their view) do not understand an issue. Behind the scenes, a bureaucrat can be very helpful to a citizen's group with a public interest orientation. They can be especially helpful identifying secret documents that can be obtained through a Freedom of Information request. 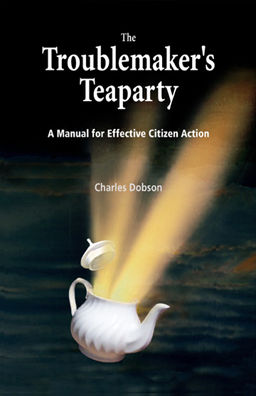